The name of Sosaria Demon was given by Sosarians who had been fought for decades.The Demon had once been infested and was constantly attacking Sosaria and Sosarians with an endless determination. He organized different kind of games but could not beat them.

Charsi is a wise person who devoted his life to the salvation of Sosaria, talked with hundreds of people every day and listened their stories. Charsi had spent his fortune for that purpose that giving to people tasks for clearing the creatures in Sosaria at the small bench near the Britain bridge. One day, he discovered Demon’s insidious plan.

He had heard that some of the Unicorns and Kirins in the country were extremely cranky and that they had left their stables and roamed the streets. It was not like traveling empty streets, as if there was status of collecting information street by street. Charsi solved the demon’s treacherous plan during a conversation with Mr.Gold Finger. They were not Unicorn and Kirin, but they were nightmares with a wearing mask.

The demon had dressed a mask to his adherents of nightmares and relased them like a loyal animal into people.Innocent people were not aware of it. Everybody loved the unicorn, its winged lion. They never doubted.But they were the servants of the demon who worked to conquer Sosaria from within!

Charsi and Mr. GolFinger looked for a way out together and reached a old ancient magic. It was hard to spell the magic but Charsi was successful. The only material needed for magic was one of the replicas of the demon. If the spell is read on the copy, the mask on Unicor or Kirin take off and real Nightmare would appear. The evil in this nightmare was completely taken away. A tamed and loyal nightmare… Like a dream…

How do you go to Sosaria Demon? Information on how to spawn … 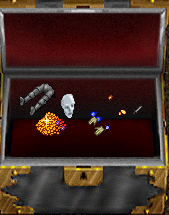 You are going to Charsi with your Mask of Sosaria Demon in your bag and your own Kirin or Unicorn beside you. You transfer your Unicorn or Kirin to Charsi. 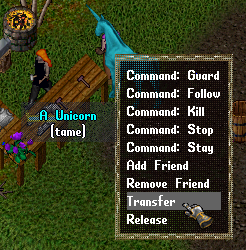 Charsi read a magic to transferred animal and tries to drop the mask by killing it. If he is successful, the bonded nightmare becomes your.

If it fails, the Mask of Sosaria Demon in your bag is deleted. Nothing is happening to your pet.