Bard characters who are new player must finish these tasks gradually so that they can kill the creature in the Ilshenar map dungeons.In addition, these tasks must be completed in order to be able to access the Sosaria Dungeons.

Important note: In the Ilshenar dungeons, only the attacks of the bard characters are blocked.Warrior or mage characters do not have to complete mission for direct attacks.

Lake Shire mission is given automatically as the first task to the new players.If the player has canceled the mission, the Lake Shire can re-occupy the task of the chancel named “Chane” in the middle. In the table, Seven Dungeons and the number of creatures must to kill is given. Here, we example “next level” and ” number of creatures” terms.  After you have killed 50 creatures in Level 1, Lake Shire, you will automatically receive the 2nd Level “Rock Dungeon” mission. So you do not have to complete the Lake Shire mission to get to stage 2. If you want to complete, you have to cut 100 creatures in total.In the same way, it is enough to kill 60 creatures in the second level “Rock Dungeon” for the “Exodus Dungeon” mission. 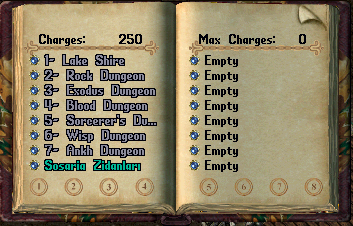 At the end of each level, RP and gold prizes are awarded.